The Supreme Being has manifested Himself as Soamiji Maharaj and Hazur Maharaj as “Bhagwant” the Supreme Master and the “Bhakt” the Supreme Disciple. They have established the Radhasoami Faith in 1861, and revealed to the world not only about their “Nij Dham”, i.e., their Supreme Abode but also given out the name “Radhasoami” which is the sustaining force and is reverberating at all stages of creation. They laid emphasis on “Param Bhakti” and “Surat-Shabda-Yoga” as the true path to reach Him (the Supreme Being).

This Faith, which rests upon the thought and philosophy of Soamiji Maharaj and Hazur Maharaj, was unique and soon caught attention of the elite and the laity, who gradually drawn to it in large numbers. The Gurus of the Faith had direct intuitive experiences of Truth, and taught its basic principles in simple, lucid and intelligible language. This Sant Mat gives spiritual solace to millions of people. 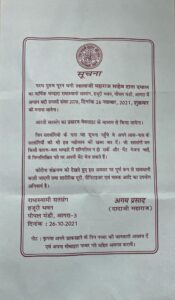 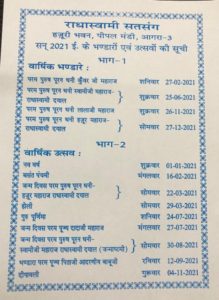